Can a simple conversation with his son about the learnings in Value Education class at school, inspire a Mumbai-based father to conceptualise a book? Yes, it can! The Lifestyle Portal is extremely happy to share the journey of this 43-year-old Amit Suri on his maiden book – WOW – A TO Z that was born out of some interesting conversations with his 7-year-old son Vikramaditya.

After a career in the Merchant Navy for seven years and working as a Management Consultant for Systems & IT later, Amit has been running a Communication Design Studio since 2012 in Mumbai along with his wife Sucharita Sengupta Suri. We talked to him about his book WOW – A TO Z taking shape, the journey is so surreal and exciting that we just had to share it with our readers.

How did it all begin?

“There was no initial plan or inspiration to start the WOW Project… it all happened quite organically,” laughs Amit. He recalls how his son Vikramaditya, a Standard I grader would come back home from school and often share about his day about what he learned in class. For Value Education, there is no syllabus or book prescribed in his school. As a result, Amit would often nudge him to tell him more about this class. Vikramaditya would tell his father that they learned about Value Words such as Honesty and Sincerity.

“I liked the idea that the children are being sensitized with these words. So, I started telling and reading them stories based on Value Words to help make them understand through examples. I realized that children learn better, maybe they do so instinctively, with stories. I also felt that if there were supporting pictures, it made learning these Value Words more fun,” adds Amit.

The birth of the WOW Project – the first WOW moment

This made Amit prepare a list of 26 Value Words, one for each letter of the English alphabet, and he reached out to 26 different artists from distinctive spheres of creativity, requesting them if they would like to contribute art, basis their imagination on the word he shared with them.

Amit laughs as he shares, “It may seem surreal but that’s how WOW actually happened! And you know what? They all contributed an art each and this was my first WOW moment in the project! I compiled all the artwork into a book and shared it with the artists. We felt that we should try to get the book published.”

The next step was when Amit started contacting publishing houses to get the book WOW – A TO Z in print but was received with common feedback that it would be helpful if there was some text to go with it.

“So, I started writing 26 short stories inspired by each artwork for the 26 alphabets. When the second version of the book was compiled, it was noticed by Mr Anuj Malhotra (Bahrisons Books, New Delhi) who introduced me to the renowned publisher – Wonder House Books. Wonder House Books liked the book a lot and agreed to publish it immediately. On hindsight it seems that WOW – A TO Z had to happen and we, all participants, were just incidental to it,” smiles Amit.

While Amit does enjoy writing, he admits, “I lack the discipline to pursue writing diligently. I also feel that I have to learn the language better in order to express myself as authors should. I love to write, but I credit fate a lot to make things happen.”

From a business owner, a parent and now an author, Amit contemplates as he further adds, “There is no transition from these roles. We all have multiple dimensions within us. We must explore all. We are all a bit of everything and everything is a bit of us.”

Amit has written a few books already and some are almost ready; however, none other published yet. Someday, as he shares, destiny will wake up to make those books leave the hard disk and move into the bookshelf. Until then, it is in the best interest to keep hopes and spirits high.

Investments into the WOW Project – the third WOW moment

Amit admits, “It took time, lots of it and not just mine but of lots of people who helped me in the process. There were artists who agreed to contribute, designers who designed the book, proof-readers and editors who tweaked the language in the stories, Mr Anuj Malhotra who mentored me into the publishing world, and more. But the best part is that all, as they did was pro-bono without any expression or wish for anything in return. I feel that I am either blessed to have met all the WOW people who gladly became part of this exercise, or it was just a sweet mistake that happens once in a while.”

How 26 illustrators contributed to the WOW Project

“This is going to be a long narration and a book in itself”, laughs Amit. He continues, “I was able to connect with many of the WOW artists through my wife’s alumni network at the National Institute of Design (NID), Ahmedabad. A few, I contacted on my own, as I follow their work online. Some of them are my friends and remaining I sniffed out by looking deep into the lanes of old cities or on the internet. All artists are Indians and few of them are settled outside India.” You can read about the brilliant line up of artists here – wow.twagaa.com/contributors.

“Artists are inherently social and helpful people. When they see a good idea being conceptualised, they bond over it and help take the idea ahead. This is how WOW book was put together when different skill sets got together and contributed their part. But, the biggest challenges was finding a publisher.” said Amit.

“I feel that when Mr Anuj Malhotra noticed the book, it was a turning point for the project. Through his guidance and support, we met our publisher Wonder House Books. It is also commendable that Wonder House Books liked the book from day zero. In my first meeting with them, I sensed that they will give the book a good release. I thank them a lot for their support,” adds Amit.

What makes the WOW Project unique?

Amit lists down the key USPs that will make the WOW Project stand out from the crowd.

First is the spirit of all the artists and other people who are associated with the ethos of the project and contributed pro-bono. Second is the fact that this book is not written to target any audience specifically – its appeal is across age groups, professional inclinations and readership categories or genres. It is a universal appeal book to attract people who read short stories, those who love all forms of art, some who wish to get inspiration, many who like to imbibe the values within themselves. Third, the book is unique in the way it was orchestrated where creativity of individuals was collaborated to make something much bigger than one’s individual contribution. Fourth, the book is entertaining, inspiring and also educative. In essence, it depends on how one wishes to see it…this book serves all readers very well.

The theme of the WOW Project

The theme of WOW is what Aristotle had said many centuries ago – “The sum of the whole is greater than the parts”. None of us knew that our part could create such a beautiful whole. It did. It always does when the spirits are aligned.

“The book caters to everyone who likes art or stories. There is no age group that I feel the need to mention; this book is for everyone. There is also no ‘type of readers’ for the WOW Project. Anyone who loves to be entertained and inspired, whether by words or visuals or by the spirit of creativity should pick this book,” smiles Amit.

How does the WOW Project impact the readers

Amit and all those who are a part of the WOW Project are simply happy that the book got this far. As Amit reiterates what he mentioned earlier, “We are incidental to the process, the book harnessed our energies to come alive. We are blessed. We hope that the reader might also feel so. Somewhere a small tug in their heart may inspire, entertain and motivate them to be their best selves.”

Encouraging feedback on the WOW Project

Amit looks forward to the feedback of readers who are independent of the process of making of this book. While there have been several positive feedback, but as Amit shares, “I respect Mr. Anuj Malhotra’s the most. When he saw the book the first time in a Whatsapp forward, he messaged me (I had mentioned my contact number in the forwarded message) and said books like WOW need a good publisher and a good release. To me, this remark was very encouraging since I know that Mr Anuj Malhotra is a stalwart and he had no reason to message me. But he did and took the project under his wings.”

The response has been excellent. Many people have picked copies of WOW – A TO Z at pre-order stage. Amit hopes that when the book is available on stands, stores and on Amazon worldwide, the responses may be more WOW.

How can illustrators/ artists/ creative minds contribute to The WOW Project

The next time, if WOW happens again, Amit would like to reach out to artists from across various countries. That would make the experience unique and possibly the end result even more varied than what Amit has compiled this time in the book ‘Words of Wonder – A to Z’.

He signs off by saying, “It will be great to create an ecosystem where people join hands, contribute their part, and build a beautiful whole part by part. You can visit wow.twagaa.com and share your part here wow.twagaa.com/collaborate. I like to think we are incidental to a bigger spirit that makes the whole happen. Let’s believe in it first.”

And we at The Lifestyle Portal would surely like to be a part of the WOW Project too!

Get listed & collaborate with us:

Write to us at contact@tanyamunshi.com if you’d like to get listed, featured & collaborate with us at The Lifestyle Portal. 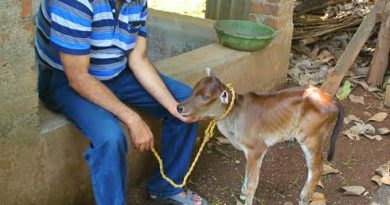 Amidst Nature – A piece of Nature that stays with you